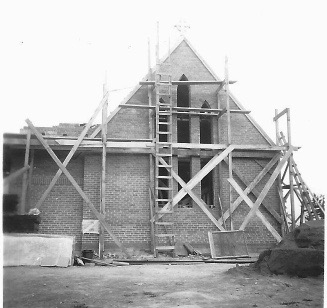 Bainbridge Island has a rich and fascinating history.  It was the home of the Suquamish Tribe for thousands of years before England’s Captain George Vancouver reached its shores in 1792.  Over the next 50 years, European settlers followed. European explorers first came to what is now Bainbridge Island in the late 18th Century. Early settlers began arriving in the mid-19th Century. During its early history, Bainbridge Island was a bustling commercial center with some of the largest timber mills in the world and a variety of small communities dotting the coastline. A “Mosquito Fleet” of ferries plied the many and varied ports of call. Eventually the sawmills and shipyards grew silent and the business of Bainbridge Island gave way to farming and commerce. Over time, Bainbridge grew in popularity as a summer destination for affluent Seattle families. By the 1930s, the permanent island population of around 2,500 was routinely swelled by another 10,000 or so during the summer months. It was during this time that an ever-growing population of Episcopalians began gathering to worship, initially at members’ residences and later at other churches.

In 1943, regular monthly services were offered at Eagle Harbor Congregational Church under the leadership of Dr. Herbert H. Gowen. The next year, an unorganized mission was formed as St. Barnabas Church. In 1945, two acres atop a lovely hill on Wyatt Way were donated to the mission and a former military house was relocated there to facilitate worship services. A further four acres of adjoining property was subsequently donated. In 1946, the cornerstone was laid for St. Barnabas and the building was completed later that year. The first services were held there the Sunday before Thanksgiving 1946. Also in 1946, Vincent Gowen was appointed the first Vicar of St. Barnabas and would serve the parish for 15 years.

On June 11, 1948, St. Barnabas Church was consecrated on Bainbridge Island by the Rt. Reverend Stephen Bayne, Bishop of Olympia. In the post-war years, St. Barnabas continued to grow as a seasonal church home for many Seattle-residents who “summered” on the island. In 1960, an addition was added to the church to accommodate a parish hall, offices and classrooms. In 1964, St. Barnabas became a parish, expanding its membership and resources with the growth of the surrounding community. In 1969, St. Barnabas Day School was opened to the community offering a preschool for children aged three-to-five. St. Barnabas is an engaged and engaging faith community serving the people of Bainbridge Island and the greater Kitsap Peninsula.

St. Barnabas has affectionately been described as too small for a church and too big for a chapel. The building is a delightful example of an early Norman English brick church with a square bell tower, cedar shingle roof, slate floor, oak pews and high ceiling with pointed brick arches. The nave seats approximately 130 in a traditional orientation facing east. There is a large, tripartite stained glass window above the altar and organ, depicting the Passion of Christ, the Resurrection, and the Majesty, as well as traditional Eucharist iconography. St. Mark (for the Cathedral) and St. Barnabas are depicted in two windows on the wall south of the altar. A small, red boat is suspended from the ceiling in the nave, reminding us that we are shipmates on the “vessel of the faithful.” The congregation consists of people from a wide variety of religious traditions – Episcopal/Anglican, Roman Catholic, Methodist, Presbyterian, Lutheran and others. The common thread is a desire to experience God and God’s love in a thoughtful, welcoming, beautiful, sacred and set apart space through worship, music, preaching, communion and community.

OUR MISSION We are a community of faith that welcomes and values all people. We commit to follow Christ, grow in faith and transform the world by sharing God’s love.  The St Barnabas mission statement says much about who we are and what we, as a community, feel called to be and to do.