Parishioner Judy Tingley is interviewing parishioners and helping them to share a bit of their stories with us. This is the first in her series of stories – look forward to more of them in the future. Thanks, Judy, for helping us get to know each other a bit better!

Several years ago, Brian Oldham and his wife Dale Walker made a pilgrimage to Ireland, searching through the clover for their ancestries. Along the path they met up with Celtic Spirituality — and were enchanted. READ MORE HERE

Long ago though not far away, Cathy Nickum worked for the Bainbridge Review and lived on a boat in Eagle Harbor.  A degree from U-dub in journalism led her to this first newspaper job. She was twenty-eight, single, and a general assignment reporter and photographer for three years. One of her early feature stories was an interview with Father Gowen, the first rector of St. Barnabas.  READ MORE HERE

Sue Rhodes was born in Vancouver British Columbia. Sue came across the border to the US when she was one month old, but didn’t become an American citizen, an experience she found deeply moving, until she was 50. Sue grew up in Bellevue, attended St. Thomas, Medina (Rev. Karen’s former church), and spent a year in Germany between high school and university on a church sponsored exchange program. READ MORE HERE

Princie and Bob moved to Bainbridge Island three years ago after living 45 years in the same house in Connecticut; a colonial house on six acres. Bob had a John Deere tractor and thoroughly enjoyed mowing those six acres! The magnet for their move from their ideal life in the East to the West was three children and eight grandchildren, ages from four to sixteen. They also were ready to retire; a good time to be closer to their family, all of whom live on the West Coast. READ MORE HERE

Joe comes from a family full of Episcopal clergy but he somehow managed to avoid becoming a priest himself. His father was a priest and was rector of St. John’s Olympia and Christ Church Puyallup when Joe was growing up. His grandfather was a priest. His mother’s older sister married a priest; Joe’s uncle later became a bishop. And two of Joe’s cousins are priests and one of them also became a bishop. READ MORE HERE

Helene and Steve Schmitz regularly attend the eight o’clock Holy Eucharist Rite I service at St. Barnabas. As many of our congregation attends the 10:00 service, perhaps you haven’t seen or talked with them. Here’s an opportunity to know them better! And since these two adventurers are often off on exotic journeys, we were fortunate to catch them here this summer and have them as our “Getting to Know Each Other” featured parishioners for August’s St. Barnabas newsletter. READ MORE HERE

Tom grew up happily in southern, middle Tennessee in a small town surrounded by numerous extended family members. Throughout his childhood he worshiped in the local Church of Christ, founded by his grandfather. Tom fondly remembers his days growing up. “I had a wonderful childhood, good parents, and a cool lake for swimming in the summer. There was nothing to complain about, except “my Grandma Baker could be pretty wicked with her wooden spoon. I learned real early to behave myself!” READ MORE HERE

Sue grew up in Nashua, New Hampshire with three younger brothers. Her family attended the Unitarian Universalist Church in Nashua, where her father served on the Board of Trustees and her mother taught Sunday school. What a great combination! Not all of Sue’s relations were Unitarian Universalists. Instead of following his family to the Universalist Church, Sue’s grandfather attended Good Shepherd Episcopal Church in Nashua and her Canadian aunt and uncle attended the Anglican Church in Canada throughout their lives. They became a strong influence in Sue’s spiritual journey. READ MORE HERE

If you’ve spent much time around St Barnabas, it’s likely that you know Joan. She sometimes attends the 8:00 Rite I service and other times, the 10:00 Rite II service, and she serves at the altar at both services as an acolyte and a Eucharistic minister. Once you know who Joan is, you’ll probably notice that she is often at church! You’ll find her most places – at get-togethers, events, discussions, classes, coffee hours and liturgies. Joan is responsible for the Altar Guild and the Altar Guild is the group that help make services happen. Joan also chairs the Worship Commission, which consists of representatives of all the groups involved with liturgy.READ MORE HERE 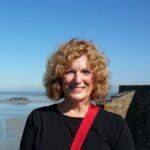 Robin Cook, and her husband, Doug, attended their very first St. Barnabas church service early May 2007. They had moved into their new home on the Indianola spit just days before from Maryland. Doug discovered St. Barnabas on a previous trip while shopping for a washer and dryer when he saw a street sign on Madison with an arrow pointing down Wyatt that read Episcopal Church. Yes, those street signs did exist at one time. READ MORE HERE

Most of you know that Paul Roy currently serves as the Director of Music at St. Barnabas. In prior years, Paul held positions at churches and schools in Massachusetts, Connecticut, and Washington, and has performed at churches, halls and concerts on both East and West Coasts and in England.  He has presented workshops on church music, conducted, and accompanied various instrumental and choral ensembles, acted as Artistic Director for several community concert s 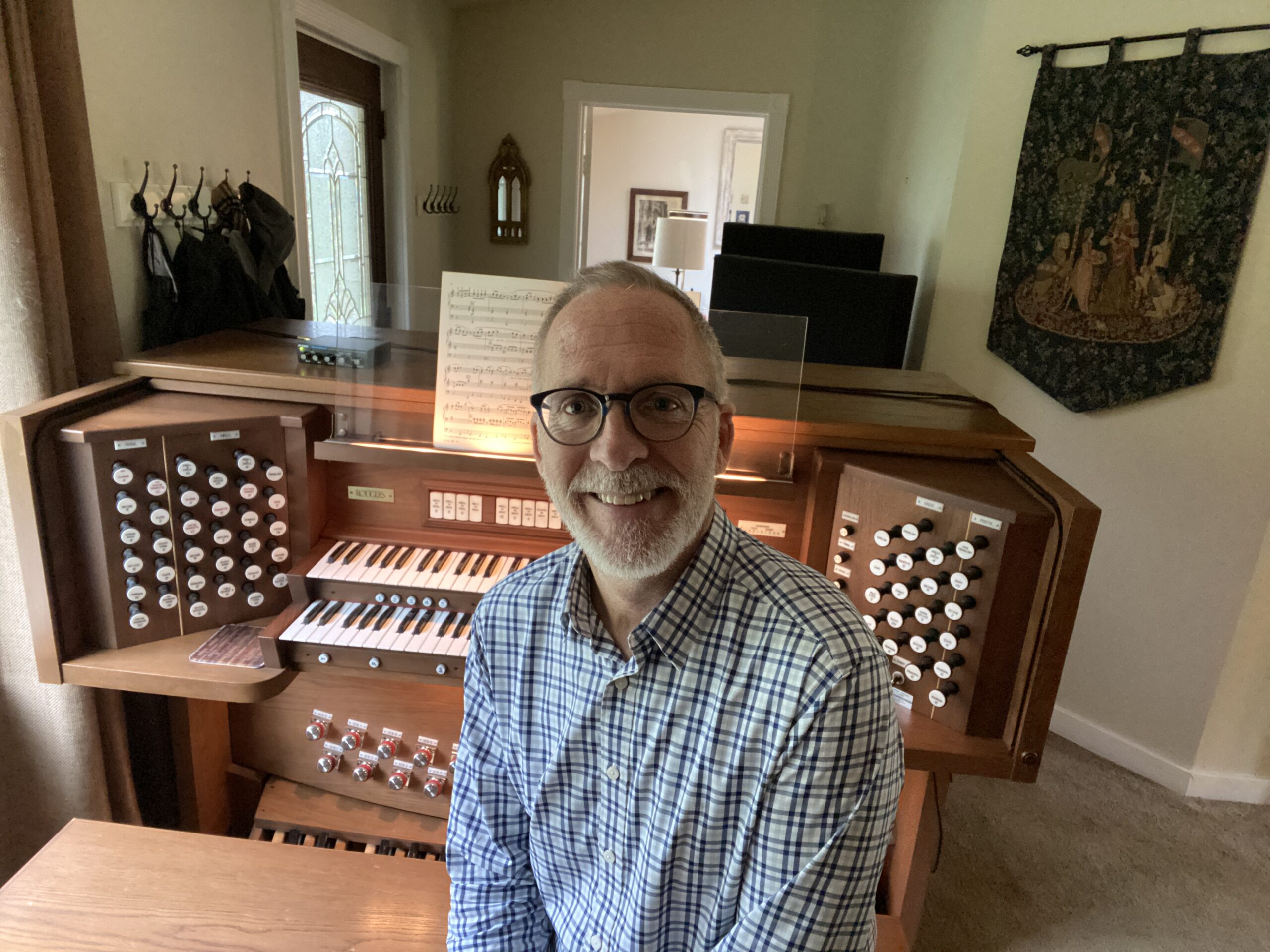 eries, is a past associate at St. Cecelia’s on Bainbridge Island and St James Cathedral in Seattle. He has also served on Liturgy and Music Commissions for both the Roman Catholic and Episcopal Church.
While Paul claims to be “an organist, not a pianist,” we all have enjoyed Paul’s beautiful piano playing during our Sunday worship services in the parish hall. Won’t it be thrilling to hear him playing the organ when we can hold services in the church? We can’t wait to hear Paul playing the organ and conducting the choir once again. Whoopee, what a joy it will be! 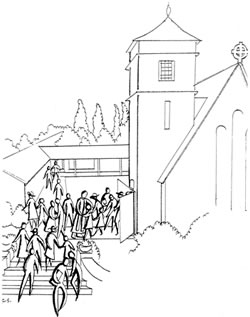